With thanks to ‘The Ringing World’ for this article.

The 118th Annual Henry Johnson Commemoration Dinner was held on Saturday 25 February 2006 in the Banqueting Suite of Birmingham Council House. It is difficult to imagine a better setting for a ringers’ dinner on this scale.

The high Victorian architecture is undeniably grand, but somehow it also manages to combine a sense of warmth and friendliness that matches the marvellous welcome which The St. Martin’s Guild of Bellringers extends to its guests here every year.

I was very honoured to be one of those guests again in 2006 and to have a top table seat next to The Chairman, Stephanie Warboys, whose energy and enthusiasm are remarkable – combining, as she does, weekday London commitments as (the first lady) Master of the Ancient Society of College Youths, Membership of the Central Council and her continuing support of Birmingham ringing at the weekends. Not to mention a very high powered day job into the bargain.

These points were all touched upon later in the evening (as was an alleged fetish for Vaseline) by Rod Pipe in his speech proposing a toast to the Chairman’s Health.

After an excellent meal, which memorably commenced with “A Symphony of Soft Fruits” and progressed through Supreme of Chicken to “Chocolate Delice” (and it was!), Stephanie launched the speeches by proposing the loyal toast and The Memory of the Late Henry Johnson, whose legacy is still tangible over a century since his death; he would surely have been smiling down on these proceedings.

John Fielden proposed The Church, and took the opportunity to thank several Birmingham clergy, past and present, for their steadfast support and encouragement of both ringing and bell projects within the diocese. The Revd. Tom Pyke, Rector of St. Paul’s was, in particular, thanked for his energetic support for the project there – which had brought about a fine new ring of ten. John also ventured a few tongue-in cheek thoughts about the relative merits of The Church Times and The Ringing World and made it fairly plain that he was not a fan of the latter’s ‘Thought for the Week’ column; a sentiment that seemed to find favour in many parts of the room … but would the Editor take any notice?

Responding on behalf of the Church, Tom Pyke – a full ringing member of the Guild – returned thanks to all those ringers present involved in the St. Paul’s project and, in particular, to Richard Grimmett who had worked tirelessly to make the vision a reality. Richard’s marriage to Charlotte Bibilo in January had been the icing on the cake, so to speak.

After an interlude for handbell ringing, which was well up to Birmingham standard, ‘Guests and Visitors’ were proposed by Guild Secretary Chris Mills. She mentioned many of them by name, including Terry Streeter, Chris & Heather Kippin, Jeff & Nina Brannan, Cliff & Annie Davies and “someone high up at Brighton University”. The Editor was warmly welcomed back, too, following his recent illness. Annie Davies’ response gave some amusing insights into her successive visits to Birmingham, beginning way back in 1974. In replying to Annie’s toast to the Continued Prosperity of The St. Martin’s Guild, Richard Jones had everyone in stitches with his reflections on what a Chinese version of The Ringing World might look like and he even produced a mock-up; surprisingly ‘Thought for the Week’ was still present … as was ‘Poet’s Corner’ and the Quarter Peal Columns … but not as we know them!

You can always measure the success of a dinner by how reluctant people are to leave at the end of the evening. This guest left very late and in absolutely no doubt that a good time was had by all. 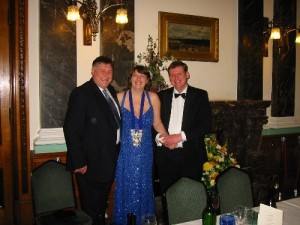 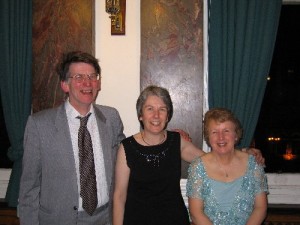 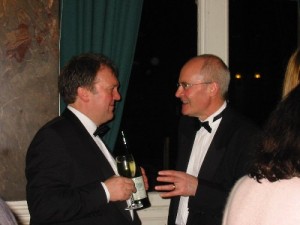 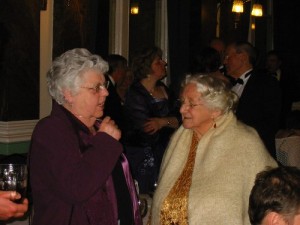 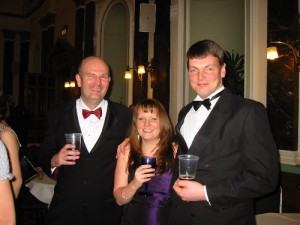 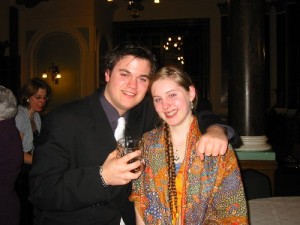 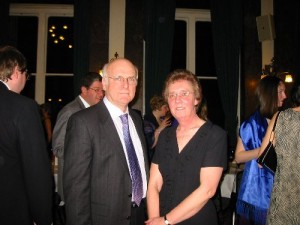 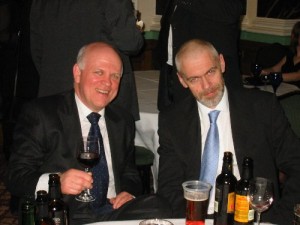 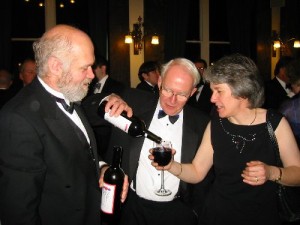