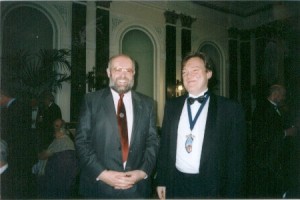 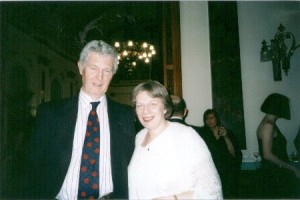 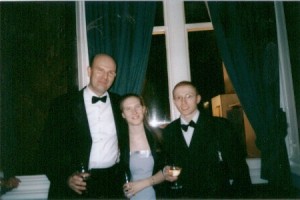 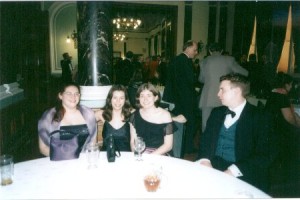 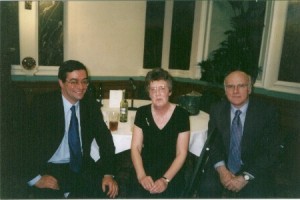 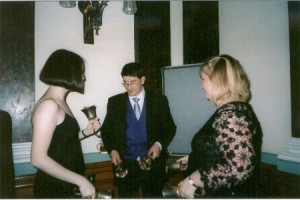 Victoria Halliwell, David Baverstock and Dinah Reed playing around with the handbells 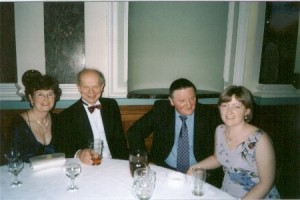 Gill and John Fielden with Paul and Mel Needham 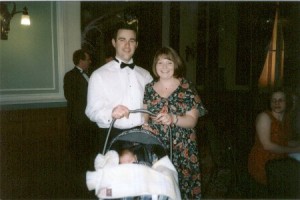 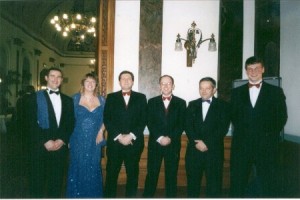 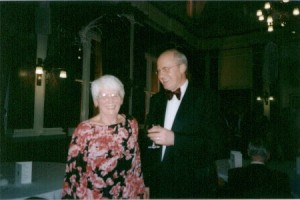 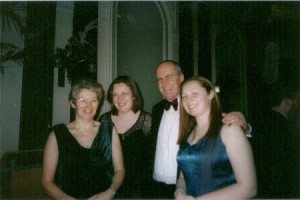 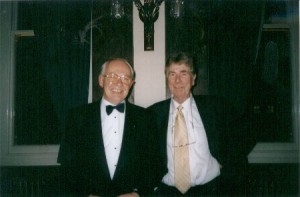 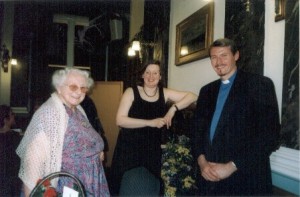